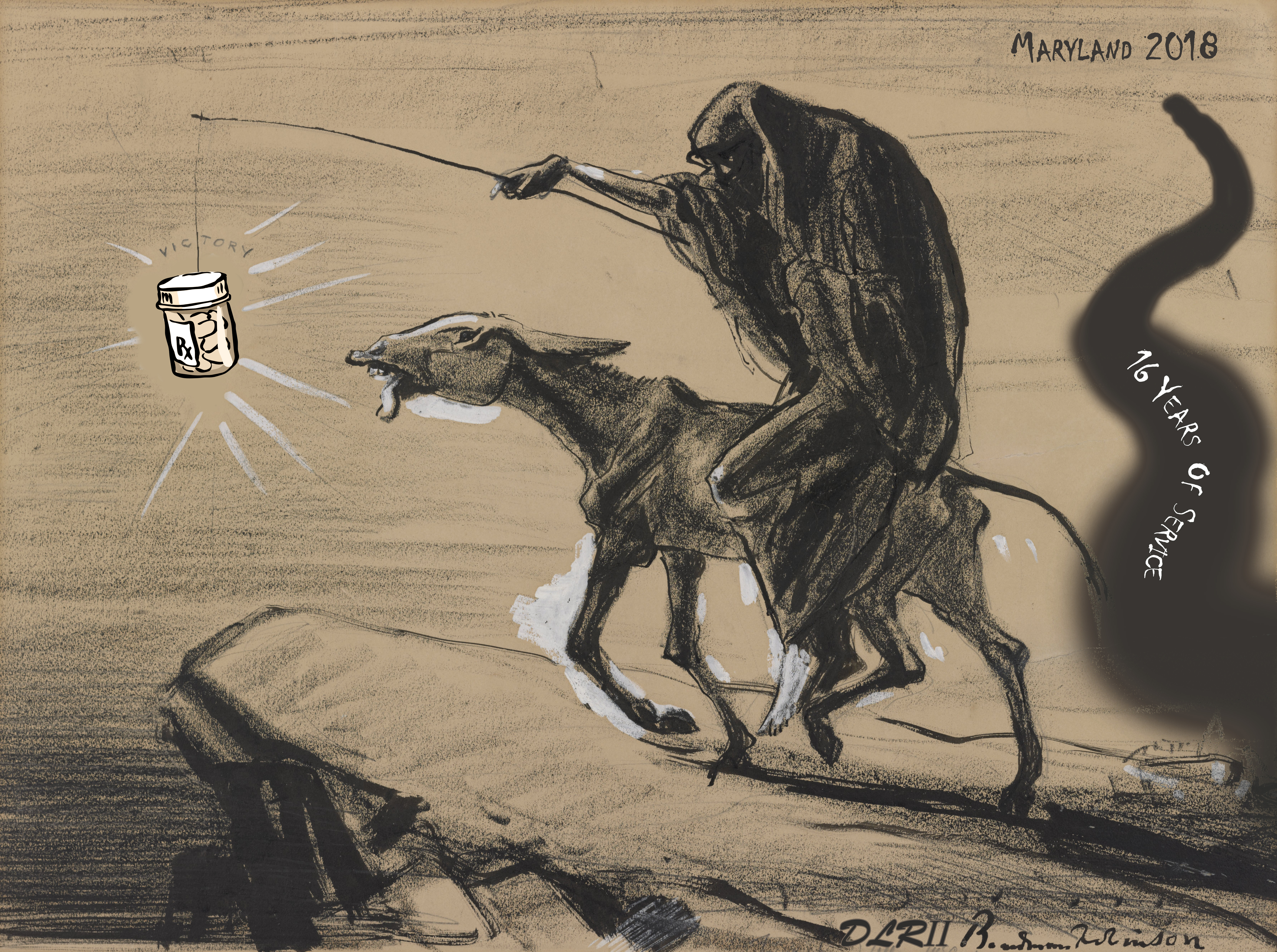 Did you know that thousands of Maryland State employees are going to lose their prescription plan they were required to work 16 years to earn?

I am a hogan supporter and I ask – “Hogan, can you resolve this injustice?”

Maryland State employees were made a promise that after 16 years of serving the public they would be provided with a good prescription plan. For those employees who made that commitment – that sacrifice of their lifetime – it has been decided their 16 year investment will be stripped from them by the state of Maryland.

They’ve been “given” a special grace period of 1 year, while the state has played “bait & switch” with a minimum of 16 years of their lives.

People rely on these medical prescriptions which they spent at least 16 years earning!

The State Employee Union for Maryland workers has not stood up for their employees with any resolve. They got a 2% raise. That’s peanuts when your medication is $1,400 a month. Years ago they actually went from a 35 hour work-week to a 40 hour work week, a 13% pay decrease for salaried workers! A union official was caught personally squandering funds. The union barely has any teeth – even if it were filled with people able to do the job.

They’re not allowed to strike. Maybe they should all just call out sick (and tired) of the lies. Maybe all of the betrayal by their employer has caused depression? Maybe there are a whole host of reasons they should call out. Without strike capability, they have very little bargaining power and it’s up to the public – it’s up to us to ensure our public servants are treated well after dedicating 16 years of their lives to our society.

Please share this message to bring this injustice to the light of the public – into the minds of the republic.

It’s been said the “doughnut hole” of funding has been partially closed, but that’s not enough after 16 years of earning that doughnut. Maybe legislators should have the strings cut from their golden parachutes.

After working for the state 34 years, Jeff Israel said

• Is it a crime? It would take an attorney with some time on his hands to be certain:

• Thousands of Maryland State Retiree’s find out they have 6 months left of coverage:
https://www.wmar2news.com/news/health/maryland-state-retirees-losing-prescription-coverage-in-2019

State workers are often paid less than county workers, this health plan was one the incentives to get people to stay. The bait has been switched.

“On Friday, Governor Hogan announced that the state will offer a one-year transition program that will reimburse all out-of-pocket expenses over $1,500 for the retirees.”

We went to providing a lifetime prescription plan to a 1 year collapsing plan. I know Hogan didn’t initiate this, but letting this O’Malley initiative go while watching the rug being pulled out from under those who spent 16 years earning that very rug is complicit. It’s as if Hogan and O’Malley are currently working on this side by side. How can we have a $3 Billion dollars offer to Amazon, but not $50 Million to keep our promise to the lives of our dedicated public servants? Simply put, do we allow them to be “Baited and Switched.”

• Stripped early with collusion by O’Malley (What’s his prescription-plan like? Did he work for the state 34 years?!)
https://dbm.maryland.gov/benefits/Pages/EGWP.aspx

I know as Councilman, this state matter may not be directly affected by me. I will use my position to lift injustice to the public. My conscious will control my tongue, not any party.